What is Ibogaine & how does it work? 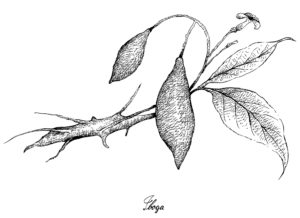 Ibogaine is a psychoactive alkaloid and primary ingredient that
comes from the root bark of the West African shrub known as
Tabernanthe Iboga. This naturally occurring plant medicine,
which has long been used in spiritual and healing ceremonies
by the Bwiti people of Western Africa, today is considered a
very powerful detox agent and “addiction interrupter”.

Ibogaine does not cure addiction. But what it does have the ability to do is painlessly interrupt the process of a variety of active addictions by eliminating the withdrawal symptoms and cravings associated with detoxing from them,
including opioids, suboxone, heroin, methadone, cocaine methamphetamines, and alcohol. 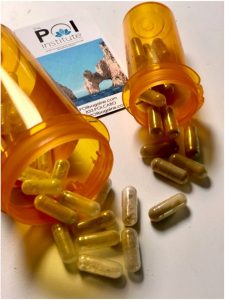 Although Ibogaine is considered an extremely powerful
psychedelic, an individual will not experience what some
have called a “bad trip” after experimenting with
psychedelics. Ibogaine is better described as a
“perceptual psychedelic”. It has been said that,
“Ibogaine does not give you what you want, it gives you
what you need”. Its special powers induce an
introspective, dream-like altered state of consciousness
to show or connect an individual to visions and/or
memories from their life and their life alone. Ibogaine will
do its part in cleansing the body and liver of all toxins,
re-balancing the neurochemical levels in the brain and
targeting psychological trauma. It is a powerful
entheogen, with both amazing therapeutic and
psychoactive addiction-breaking abilities to give a
second chance at life, for those who really want one.

You may wonder, how a single dose of Ibogaine can eliminate cravings and withdrawal
symptoms from a drug dependent patient? Here’s the answer. Although Ibogaine is a truly
magical, effective detox, it, in itself is short acting and is actually only responsible for the
intense, initial visualization and introspection phase of the treatment, which usually lasts
somewhere between 2-4 hours. It is what happens once the Ibogaine is metabolized
through the liver that allows the magic to continue… Noribogaine.

When Ibogaine passes through the liver, it is converted into what is known as Noribogaine.
Noribogaine is long acting, staying in the system for several months. It reduces and/or
eliminates cravings, while removing a patients overwhelming desire to want to use their
drug of choice. It also has the ability to elevate a patient’s mood, as if they were put on
antidepressants. It is during this time and the “feel good” months ahead that a patient needs
to act on this “window of opportunity” to find help and support at home with changing old
patterns and lifestyle choices in order to move forward with their lives and increase their
chances of success. It is a time to gather new tools for their “life tool belt” that will help them
begin to build a life, new support system and solid foundation for success.

What is Noribogaine and what does it do? 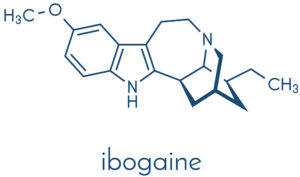 When Ibogaine passes through the liver, it is converted into what is known as Noribogaine. Noribogaine is long acting, staying in the system for several months. It targets the areas of the brain affected by drug-seeking and addictive behaviors and reduces and/or eliminates withdrawal symptoms, while removing a patient’s overwhelming desire (craving) to want to use their drug of choice. Noribogaine “rewires” these areas of the brain to restructure itself to a state similar to pre-addiction.

It also has the capability to elevate a patient’s mood acting as an amazing antidepressant. It is during time and the “feel good” months ahead that a patient needs to act on this “window of opportunity” to find help and support at home, change old patterns and lifestyle choices and do whatever is necessary to support their recovery and maximize the benefits of their ibogaine treatment.

The POI Institute will work with patients to help put in place a support system and/or aftercare plan or program that best suits each individual’s specific needs and situation. This is the time to learn new coping mechanisms, new behaviors and build a new support system and solid foundation for to help secure their long-term sobriety

Contact us to learn what we can do for you