Who Is Actually to Blame for the Opioid Crisis? 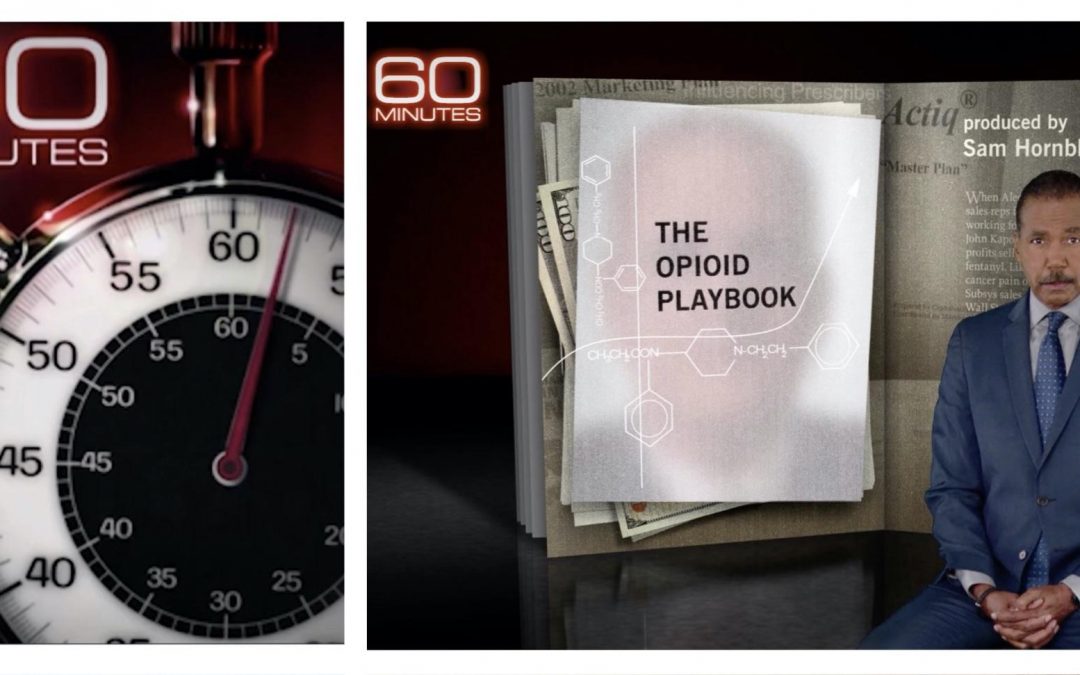 After a year-long investigation, which concluded just before the Coronavirus outbreak, 60 Minutes aired a 2-part episode, as part of their ongoing series, examining who is actually to blame for the opioid crisis. So, who IS actually to blame for the opioid crisis? In this compelling, June 21, 2020 episode, Correspondent Bill Whitaker and producer Sam Hornblower take a deeper look into one of the most devastating public health emergencies of the 21st century. In January 2020, for the first time ever, top drug company executives were sentenced to prison for their crimes associated with sales practices that contributed to the massive increase of opioid prescriptions being written and filled over the last two decades. A jury found five executives from Insys Therapeutics guilty for the reckless and illegal practices they used to boost profits from the opioid painkiller Subsys. Subsys is the brand name for Fentanyl, a fast-acting, powerfully addictive pharmaceutical opioid, which is 100 times stronger than morphine. A judge sentenced John Kapoor, the former CEO of Insys Therapeutics, a once billion-dollar company that is now bankrupt, to five and a half years in federal prison. A dozen doctors were also convicted of crimes connected with Insys Therapeutics.

In this 60 Minutes episode, Whitaker reported that in 2018 alone, 46,802 people in the U.S. died from an opioid overdose, with health care providers across the country writing prescriptions for opioids at a rate of over 50 prescriptions dispensed per 100 people.

The number of deaths has almost doubled since 2018’s numbers with now nearly 70,000 people in the U.S. dying each year from drug overdoses, mainly from opioids.